become part of something greater than yourself...

Our studio is a family. We are an encouraging, loving, respectful, and supportive team.

We encourage our dancers to be goal-oriented so that they can feel a positive sense of accomplishment and satisfaction at every stage of their dancing journey, both competitively and recreationally. Our dancers will be challenged to grow as a dancer in and out of the studio.

At the Kender Academy we will focus on the overall health and wellness of our dancers. Students will learn the importance of complementing their dancing with strength and conditioning, and nutritional lifestyle within a safe and accepting environment.
​
We are more than a dance studio; we are a community. Everyone is welcome, no matter your age, level, or experience. Our focus is on friendship, dedication, discipline, respect, fitness, teamwork, and artistic expression. Most importantly, we want every dancer who walks into our studio to have fun! 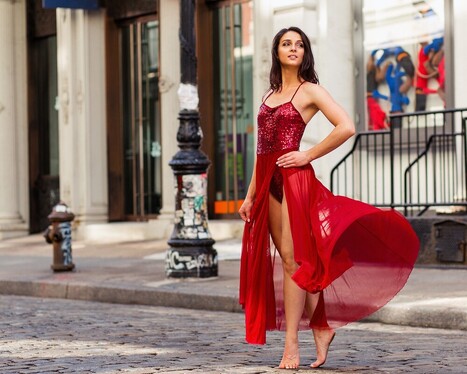 Rebecca Kender has been dancing for over 16 years. She started taking classes at the age of 13, after a friend showed her a few steps in the school yard and has been dancing ever since! Over the years Rebecca has trained under the guidance of Kathleen Ryan, Lisa & Karen Petri, and Gavin & Seaneen Doherty. Throughout her competitive career, Rebecca has danced on the local, national, international, and professional level, competing in both solos and teams. At the 2012 Mid-Atlantic Regional Oireachtas, Rebecca was ranked third, and qualified to represent the USA in the 2013, 2014, 2015, and 2016 World Championships. She has competed in the North American Nationals, All Ireland Championships; the Great Britain Championships; and World Championships in Boston, Montreal, London, and Scotland.

Rebecca’s love for performing was nurtured during her years as a member of the Performance Team at Ryan Academy. The performance team was inspired by the show style dancing seen in “Riverdance” and “Lord of the Dance.” In 2017, Rebecca started her professional career touring with Two Step Productions “Rhythm in the Night: the Irish Dance Spectacular”, and their Christmas Spectacular “Carol of the King.” In 2018, she was promoted to lead dancer. She has also been fortunate enough to tour with other companies, such as “Murphy’s Celtic Legacy” and Ciara Sexton’s Irish Dance Theatre. She also was part of “Jigs, Dreams, and Reality's” premier show in Newark, New Jersey, in August 2018.

Since the very beginning of her dance journey, Rebecca has dreamed of obtaining her TCRG letters (Teagascóir Choimisiúin le Rinci Gaelacha), which means Certified Irish Dance Teacher. In 2020 she passed the rigorous certification process that allows students to compete worldwide in Irish dancing through the An Coimisiun le Rinci Gaelacha organization. Rebecca is a proud member of CLRG, The Irish Dance Teachers Association of North America, and the Mid-Atlantic Region. Rebecca loves teaching and sharing her passion for Irish Dance for all those who want to learn. My teaching and dance style is influenced by both the performing and competitive sides of Irish dance. With my experience training under one of the largest competitive schools in the world as well as touring with multiple professional dance shows, I find joy in helping dancers see, realize, and live their fullest potential in Irish dance. “There is nothing better than seeing a dancer improve their technique and enjoying every opportunity dance can offer them.”